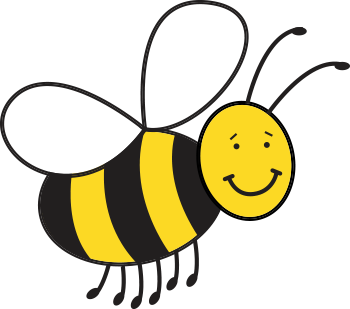 If there’s one guarantee to get little people laughing, it’s conversations about poo and wee … and I am grinning as I type. I remember laughing until my four year old cheeks hurt whenever I talked with Dad about worm poo for the veggie patch. Dad showed Herbie his worm farm recently, and here’s the link

And when the food eXchange ( https://www.exchangefood.org/ ) told me they were talking about how asparagus does funny things when it comes out the other end, Herbie thought it would be fun to share a story all about worm wee and worm poo. And, here it is!

With the start of Spring, Herbert Peabody has been busy in his extraordinary vegetable patch. And last weekend, his niece, Clementine, and nephew, Digby, came over to help out at Mulberry Tree Farm.

“Uncle Herbie,” said Clementine, “I think these radishes are ready to pick!”

“Excellent,” said Herbie. “Do you want to pick them, while I go and check on Worm.”

Clementine and Digby picked the radishes, and Herbie returned with a very large bucket filled with a dark coloured liquid.

“What is THAT?” asked Digby.

“Well,” said Herbie, “it is special brown liquid from Worm and his Worm Farm.”

Digby started to giggle. “Brown liquid … that kind of sounds like runny poo!”

“eew, it does!” said Clementine.

Herbie got the giggles!

“Well,” he said, trying to keep a straight face. “You are almost right. This is … Worm wee.”

“Yes! And, guess what I collected from Worm’s Worm farm as well?”

“But why on earth would plants want to drink worm wee?” asked Clementine.

“Come along and I’ll show you!” said Herbie.

The three of them headed over to Worm’s Worm farm and knocked on the lid.

“Munch, crunch, munch,” came a murmur as Digby peeked inside.

“Let me see!” said Clementine. “Wow! There ARE so many worms!”

Worm’s cousin wiggled a hello, and so did his auntie. And then Worm wiggled up past a decomposing lettuce leaf with a mouthful of old tomato.

He gave a wink, and burrowed back down.

“This is Worm’s Worm farm,” said Herbie, “and it’s here that Worm and his family and friends work to decompose old food scraps. They chomp and much the old food, it passes through their digestive system, and comes out as worm poo. And this worm poo is full of nutrients that plants love.”

“But how did you get the worm wee, Uncle Herbie?” asked Clementine.

“Ah, the moisture from the worm poo drains down through these layers of the worm farm and collects in the bottom layer. And then all I have to do is collect the liquid.”

“Or the Worm wee!” giggled Clementine.

“Yes!” said Herbie. “Worm poo and worm wee are excellent for helping vegetables. But worm poo isn’t the only kind of animal poo that plants love.”

“Yes. Horse poo is very good to dig into the vegetable patch. So is chicken poo, and cow poo. All the nutrients from the grass and plants that horses, chickens and cows crunch on pass through their tummies and come out super dooper.”

“Trust you to think of that!” laughed Clementine. “I remember seeing bags of horse poo next to a farm gate the other week!”

“Oooh, next time you could get some for me and my vegetable patch.”

“That would be the funniest present ever!” giggled Digby. “Here, Uncle Herbie, we bought you a bag of poo!”

The three of them giggled as they headed back to the vegetable patch to spread the worm poo around the vegetables.

So, next time you’re driving near a farm gate and you see a bag of animal poo, you might like to grab some for your vegetable patch.

Herbert Peabody appears every Thursday fortnight at 10am AEST on Seymour FM 103.9on with the food eXchange Discover the incredible things the food exchange does right here https://www.exchangefood.org/

PrevPreviousFamily History. And, a Herbert Peabody segment for your child to listen to.
NextA story to hear and a video to watch about how easy it is for us to be sustainable right now!Next

The adventures of Herbert Peabody focus on connecting children with where food comes from, and centre around problem solving and co-operation.